Hello Dolly’s new leading lady has all of New York City a buzz. 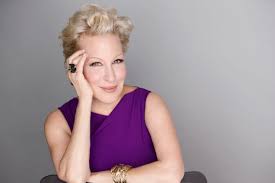 Broadway will once again be humming along to the tunes of ‘Hello Dolly!’ The Broadway revival is set to begin previews March 13th of 2017 and to open on the 20th of April at a theatre still to be announced.

Bette Midler is well underway in her preparations for her return to Broadway. Reportedly Midler stated: “I am looking forward to portraying one of the most beloved characters in all of American Musical Comedy, Dolly Levi… I know I’m going to have the time of my life, and I am so glad to be under the wings of Scott Rudin as Producer and Jerry Zaks as Director…”

Scott Rudin reportedly stated that both he and Midler knew that anyone taking on the role of Dolly would be a huge feat but that if anyone could do it- Midler could. In her undertaking of this iconic role Midler wants to explore the warmth, humanity and desperation of Dolly. There is no doubt that an actress of Midler’s caliber will be able to deliver a stellar performance.

One thing is certain; all of NYC is welcoming Bette Midler back to the Great White Way. It’s so nice to have you back where you belong!