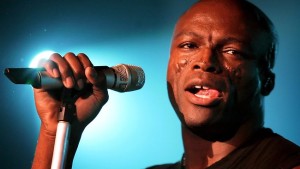 The Passion written by Peter Barsocchini and arranged by Adam Anders will be aired direct from New Orleans on the 20th of March, 2016. Reportedly Fox will be utilizing some of the most iconic spaces in New Orleans.

Fox has announced that Seal will be joining the cast as Pontius Pilate. This four-time grammy winner is sure to bring an exciting element (along with thousands of fans)  to the modern adaptation of the tale of the last few hours of the life of Christ.
Seal has been cast alongside Jencarlos Canela -Jesus, Trisha Yearwood- Mary, Chris Daughtry- Judas, Prince Royce- Peter and Tyler Perry as the host and narrator.