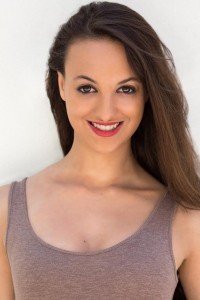 Young and vivacious playwright, producer and actress Camilla Crawford talks to BroadwaySelect about her play A Philosophical Protest.

Q: What inspired you to write A Philosophical Protest?

A: This is a question that I get asked often, and to be honest I never quite know how to genuinely phrase my response, however, I will try my best. I would have to say that my inspiration came from my frustrations with the world, and many of the power hungry, sociopathic people in it. Looking at the political climate I felt shocked and sickened at what was unfolding right in front of my eyes, I felt frustrated by the fact that I had zero control over it, even though it directly affected myself, my loved ones and those who were and still are suffering tremendously in all corners of the world. Art, in its many forms, makes me feel like I’m trying. Writing and performing is my own subtle way of protesting. I needed my voice to be heard because it felt like it mattered. Art wakes us up and changes our minds. That is what, in a nutshell, inspired me to write this play.

Q: New York City is known as the city of theater. Tell us a little about your experience in creating and producing a new play in this theatrical landscape?

A: New York is so wonderful for exactly that reason. Every piece of theater matters, no matter how big or small. Every piece of theater has an audience, as well as hundreds of theatrical homes to choose from. The first theater that the play was performed in (The West End Lounge) was offered to me for free. That is quite common in the NYC theater world! When I first came to the city I wanted to focus on film and music, so finding myself delving into theater as a writer, producer, director, and actress so suddenly and unexpectedly has been full of learning curves whilst being nothing short of magical. I was able to build an entire show with 0 prior experience in the biggest theatrical city in the world, thanks to the talented people in it who saw my vision and believed in it as much as I did. That’s New York City for you. There is no reason not to create and share your work, because the city offers so many resources to artists. It’s incredible!

Q: You will also be performing in A Philosophical Protest at the Planet Connections festival. Tell us a little about the character you will be playing?

Q: What are your hopes for this production moving forward?

A: Many people have asked me if I want the production to go to Broadway, which they and many others consider the epitome of success. However, Broadway feels too commercialized for this play, and of course just seems like an unnecessary goal. All I want is to relay a message. So, my hopes for the production going forward is to perform it anywhere and everywhere that I can until I feel it’s time to put it to rest. Once the message has been heard, I’ll be satisfied.

Q: There have been talks about re-imagining the script into a screenplay. Where are you in this process?

A: As of now, we have begun getting our cast and crew together for the film version. However, we have been too focused on the festival to even think about it. Once the festival is over we will be able to begin working on the film, which will most likely only start being filmed in 2018.

Q: Why should people come and see A Philosophical Protest?

A: People should come and see A Philosophical Protest because it will open up their minds to a whole new way of thinking when it comes to different aspects of life, such as dealing with mental illness, love, God, even the concept of celebrities and why they exist. It is a reminder of the fact that we are all connected. The goal of the play is to bring about compassion, which I believe is the key to world peace. Most importantly, people should come and see A Philosophical Protest because I guarantee that they will leave the play with a new feeling of hope. With a feeling that they are doing something to change the world, and with a realization that they matter because we all matter and that is something that we need to be reminded of. Plus, it’s a comedy, so I can guarantee plenty of laughs!!

A heartfelt dramedy which revolves around a stereotypical businessman who happens upon a beautiful woman named Phoebe, currently in the midst of experiencing a breakdown on the curb of a New York City sidewalk, where she has begun to stage a protest. After a short interaction, beginning with the man mocking and chastising her, Phoebe masterfully manages to convince him to join her. The pair find themselves igniting discussions about love, loss, depression, the underprivileged, God and the struggles of simply being alive. However, we find a light at the end of the tunnel when the man (also known as Mr. Abbatelli) reminds Phoebe that things are not as bad as they seem. Secrets are revealed and a beautiful friendship is formed. Is their timely meeting a coincidence? You decide.