A woman of strength and character, Rachel Broadwell talks about directing and choreographing A CHORUS LINE as well as about encouraging and inspiring woman in what can feel like the “boy’s club” of commercial theater. 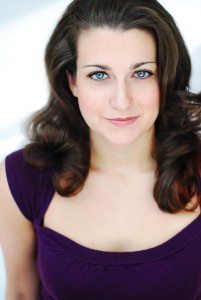 Q: You fell in love with theater at an early age. What was it that drew you to it?

A: As a kid I had a huge imagination. Dressing up and creating stories and characters was a big part of my childhood. I was also taken to my first musical when I was five years old. I sat still throughout the whole thing, I was completely taken with the people on stage.

Q: You recently directed, choreographed and performed in A CHORUS LINE at the TADA! Theater. Can you tell us a little bit about this experience?

A: About six months ago I had this idea to rework A CHORUS LINE for a more modern perspective on the material. I wanted to cast the dancers based on personal connection to the characters stories regardless of race, gender, body type, ethnicity, or gender identity: taking a more contemporary approach to the show without changing the script. With this concept I decided we would need new choreography, staging and costumes to fit the unique cast. The process was incredibly special to witness. It was like we were all discovering the show for the first time.

Q: In using the non-conventional casting for this production were there any creative discoveries made that surprised you?

A: I think one of the biggest surprises was how well the material worked with non- traditional casting! I auditioned actors for multiple roles, both male and female. A few people read about five different roles but the show completely holds up with this casting and the stories they tell are just as funny and moving as the original. The cast continued to surprise me into the rehearsal process, they were always discovering new ways to  personalize the roles.

Q: What was your favorite moment/ experience while working on this production?

A: I have so many! I think a moment that will always stay with me was listening to the cast sing ‘What I Did For Love’ at the very end of the show. I would make sure I looked at every single person during that song. They were so raw and vulnerable. I have never been more proud of them than in that moment.

Q: What inspired your passion for empowering women in the theater world?

A: Commercial theatre is a boy’s club. I’m not saying there aren’t great women behinds the scenes, but it’s a man’s business. My experience of being a female in a power position has given me insight to how difficult being taken seriously in the business can be. I want to encourage women with strong opinions and visions to create and lead. I truly believe if we are to continue the fight for diversity in the theatre community we need to include a conversation regarding who is behind the scenes as well. I think it’s so important to have all backgrounds and perspectives, it only makes the work deeper and richer.

Q: Who would you say is your biggest inspiration in life as well as in your work?

A: It changes everyday! I try to see as much theatre as I can and I’m constantly inspired by the actors, the direction, and the stories I see. Nothing moves me more than seeing artists create good work.